Pioneer cowgirl Gerry Bracewell has been described as the “Annie Oakley of the Chilcotin.” 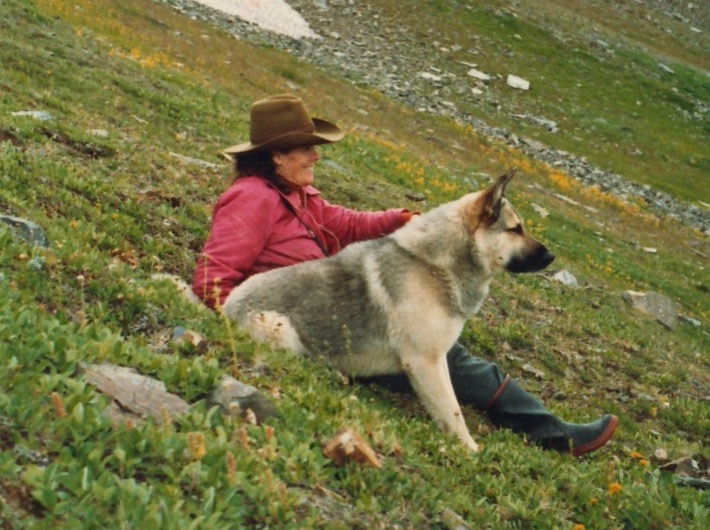 “Gerry is a pioneer in every respect of the word!  Her stories of survival in the West are right out of the movies. The hardships she endured, the many encounters with wildlife and nature itself would frighten the most hardened of outdoor enthusiasts of today. Through it all, she remains one of the finest ‘ladies’ in the land, a finer lady you will not find! Her stories in this book are but a very small glimpse of a life of true western adventure in BC’s remotest cattle country.”

Cariboo-Chilcotin journalist, Sage Birchwater, comments on Gerry Bracewell’s memoir, after she has lived as a trailblazer and a guide in the Chilcotin Valley for over 75 years.

BC Booklook: The Pride of Tatlayoko

Gerry Bracewell of Tatlayoko Lake, profiled in this issue’s “Annie Oakley of the Chilcotin,” is the real thing. I recently spent almost a week among her family, and the whole clan charmed the boots off me. Because another thing this wild country breeds is great storytellers…

Every picture tells a story. Sitting next to Gerry Bracewell as she thumbs through the pages of her newly-released memoir, Gerry, Get Your Gun, can be daunting. For instance the cover photo for the book was taken when Gerry was on an Elk hunt in Northern British Columbia. She won the hunt at a BC guide-outfitters fund-raiser.

In typical Gerry Bracewell fashion, she explains how she mentored two rookie guides assigned to help her. They wanted to hang around the mineral lick and wait for a hapless animal to come by. Gerry had other plans. She wanted to hike up the mountainside after a mature bull elk she spotted. “This is the way we hunt in my country,” she told the young men. “So let’s hike up the hill and meet him head on”.Reluctantly they complied and Gerry’s aptitude paid off. That’s where she’s got the trophy elk mounted on the wall of her family’s alpine wilderness lodge in Tatlayoko Valley.